April 19, 2013
Yet another important chapter of life is made of small things that we, sometimes, ignore.

Another day, a holiday, it was around 4 in the evening. I was preparing to take bath, and while going towards the bathroom, I decided to take a visit to the 'popular' Pangay's room. He was banging his head with his computer screen, trying to find some software on the internet, which I doubt he could find in one life (Thank God he knows how to work on a computer). Going by the brand, he owns a Dell-Pavillion-'some model', with a core i3 inside, but his computer seemed to be beaten by an old pentium. Anyway, it was not his computer's fault, sometimes it depend on who works on it.

Since I was going to take a bath, I readily noticed he also was 'un-bathed'. All comments on his room-walls seemed to be eternal realities. When I scolded him for being so 'sugla', he replied in his mischievous accent, trying to prove as if he is some 'fanne-khan', that he does whatever he wants to. After extreme disrespect, he finally decided to take a bath.

He went to the bathroom, and I agreed to search for his much-needed software. This guy sometimes seem a little more sensitive to the world around, even if he needs something for someone else, no matter how un-important it may be, he tries to get it as if he has got severe constipation. So he left to bathroom, and I opened his facebook from behind (yes, he is always logged-in on his very own 'public' computer). I messaged some of his friends that he wanted to establish a man-man (g*y) relationship, but everybody asked if he was drunk, except from a guy from Jammu and Kashmir, who replied in such a manner if it was every night's show. Then I deleted all the messages. The 'Pangay' arrived, and everything went unnoticed. I went to take a bath after that.

At around five-thirty, we gathered at the Motu's room to visit Kalu's Parantha shop to cop up with the growing hunger. It was me, Motu and Patlu (generally these two are found together), Pangay, and another very weird looking guy Manish, popularly known as Q-tiapa due to his weird activities (which I will explain sometime later). Manish was laughing abnormally without a reason, trying to prove if he is the coolest guy on the earth. We headed to the Kalu's, and on the road we got lift on a tractor, hanging on it's back trolley. 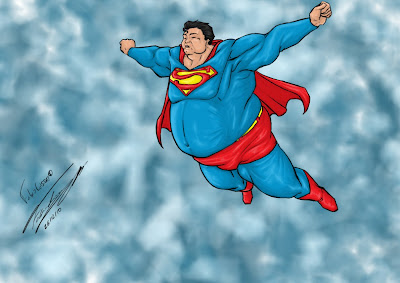 The Motu guy seemed a little un-comfortable, and was trying to prove his superman abilities, saying repeatedly that he was standing on one leg. The Manish guy, as usual, was laughing in his personal tone. The Patlu guy was trying to be the guardian, and was advising other on how to stand without falling, as if he was some Baba Ramdev follower.
The tractor arrived at the Kalu's, and the driver (or rider, whatever) slowed it a little so that we could jump easily. I, the Pangay and Manish jumped without problem. The Motu tried to make a scene by jumping in an unusual athletic way, again proving his superman abilities. The Patlu jumped in the opposite direction, and just got off from falling. Manish was still laughing (don't know if he has got some piles problem or something).

We arrived at the Kalu's. Here we found another guy, Mohan, going his way to some juice-shop. Mohan is a programming geek like me, but he is very aligned to Linux, claiming he has reduced the boot-time of a computer to less than a second. He is skinny, maybe a far-far relative of Patlu, as these two have got matching figures. We insisted him to come with us at the Kalu's. He agreed.